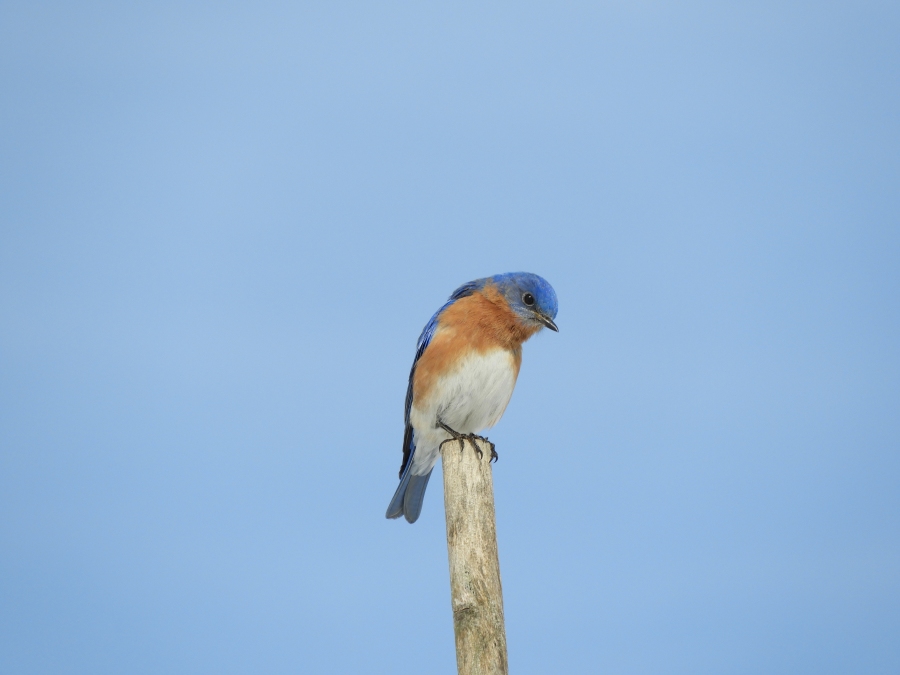 Back in December, when Jen Sanford, Oregon birder and blogger of I Used to Hate Birds, proposed a year long 5 Mile Radius challenge, I didn’t hesitate to sign myself up. The idea of a 5MR was conceived by her a couple years ago, and the point is to try to see as many species of birds within a 5 mile radius from your home.

In early January, Jen Sanford put together a USA participation map for the 2019 5MR challenge. I just about died when I saw the map legend. And then, just like that, I had a new possible memoir title: “One Lonely Birder”.

Anyhow, 5MR birding is a variation on something called “patch birding”, which is just a term for birding your favorite, local spots on a regular basis.

Patch birding just sort of happens when you’re a birder, whether you mean to do so or not. In my case, I work a 9-5 job, but on my lunch break I can be at Easton Pond, or Sachuest Point NWR within minutes. Boom. These are two of my patches. And because I visit these places often, I’m gaining knowledge that I wouldn’t if I only hit them up once in a while.

The appeal? Birding more in your 5MR means less driving, which is a good thing for the environment. So there’s that. But less driving also leaves more time for birding. And more time in the same area means you gain a greater sense of intimacy with a place and its birds.

And even better, if you’re an eBird* user, you get to feel good about contributing data from places that might be otherwise be overlooked in favor of more exciting, more bird-y birding spots.

But truth be told, I signed up for a 5MR challenge because I needed the focus that it offered. 2018 was my first full year of birding on a regular basis, and it was nothing short of amazing. I saw a lot of new birds, and visited a lot of new places. I even broke down and got a camera, something I’d resisted for too long, for dumb reasons.

I saw some memorable things in 2018: a Great Blue Heron rookery, a butt-load of warblers, my nemesis bird (Black Skimmer), Turkey Vultures picking a seal carcass clean on Cape Cod. I drove all over New England, chasing whatever sparked my interest.

I capped off the year with a Christmas Eve drive to Portland, ME to see a rare vagrant – a Great Black Hawk. Watching it dine on rat in a neighborhood tree was a Christmas wish come true.**

Oops, sorry for all the gore – here’s a pretty one!

But by December’s end, I was a little burnt out on all the chasing. And my energy was dipping, thanks to the Seasonal Affective Disorder I struggle with each winter. I knew what I needed to do: continue to get outside, keep moving, keep birding –  but I needed some motivation, and structure.

I liked how focused the 5MR Challenge seemed, and how unintimidating it sounded. No pressure, no long drives – just roll down the street and see what you see. Deciding to take on the challenge was kind of a relief – but I’m not going to lie, I was a little worried I’d suffer from birding FOMO, or get bored. But I didn’t.

The monthly challenge for January was to bird under-birded Ebird hotspots. A point was gained each time you birded a spot that previously had no data in that particular week of the year. Out of a possible 49 points in my 5MR, I got 33. About 45 people participated. And guess what? I CAME IN THIRD.

Not that that’s what it was about for me, but it still felt pretty good. What felt even better was getting outside every single day. Those 33 points were 33 visits to places that I had either never been to before, or had, but only once or twice. Either way, they were places that I’d overlooked in the past, in favor of prettier, birdier places.

And what happened is that I noticed that there was far more going on in these places than I’d assumed. I didn’t expect to see a lot of what I saw. It slowed me down. Made me more aware. And I was never bored or disappointed.

Some of the highlights for me:

But the best part was that I ended January with more energy than I entered it with. The numbness and exhaustion of December were a distant memory. And my enthusiasm for another great year of birding was renewed.

February birding was a bust, between work projects and some (very fun) birthday month travels. Though I did get a birthday lifer: a Canada Jay, near Flagstaff Lake in Maine.

*eBird is a Citizen Science app designed by the Cornell Lab of Ornithology. It allows users to create and submit lists of the birds they observe on their outings. Cornell uses this data for research on bird migration and distribution, and those studies are often used for conservation efforts. This data is freely available to the public. In return, we birders get a free place to keep our lists, and a network of birders to communicate our findings with. Check it out here: https://ebird.org/explore

**This was only the 2nd record of a Great Black Hawk in the US. They usually live in Mexico and South America. He was thriving for a while in a local park, but got frostbite, was rescued but then sadly had to be euthanized. Avian Haven did an amazing job trying to save this beautiful bird. Equally amazing were the detailed and eloquent updates they gave during their efforts.

And this is a good article explaining the hows/whys the Great Black Hawk ended up in Maine: https://www.maineaudubon.org/news/why-are-rare-birds-coming-to-maine/

This site uses Akismet to reduce spam. Learn how your comment data is processed.

I was so glad to finally share this great documentary with my friends at our weekly outdoor movie night last week. They loved it. Thank you to Maxine Trump (no relation!) for helping normalize *not* wanting to be a parent. My reasons for this are complicated and deeply personal but were a conscious decision that I’m 100% comfortable with. No regrets. No doubts. I’ve been lucky to have it be (mostly) a non-issue, but I have been pitied and judged now and then too, and it hurt. It’s great to see others owning it and doing something about it (umm hello vasectomies!) @maxinetrump_childfreedirector #tokidornottokidthemovie #outdoormovienight
Work art added to my cube by @under1ocean omg the pupils. #mondee
The weekend ends with a picture-worthy honey hibiscus wit, Tallulah’s tacos and just sitting & watching people parallel park, or try to at least. Better than TV. @gensxing #jamestownri
My 200th species seen in Newport County this year: Least Sandpiper.
Spotted Sandpiper from this morning.
Did the most introvert/rainy day/just had an espresso thing I’ve ever done & reorganized a bookshelf. No particular order, just neater. Can’t seem to get enough memoir & nature writing. Pic is of my dad when he was in the army.
Follow Birding Thru on WordPress.com